Paul has a solid reputation of diligent advocacy for his clients in the firm’s general civil litigation and business transaction practice areas Known for his client dedication and assuring nature, Paul has successfully counseled clients through ongoing business operations and family disputes while also navigating litigation in construction, real estate, and general business matters. Paul is licensed to practice law in Maryland and the District of Columbia and has conducted several jury and bench trials in the Maryland state courts, D.C. Superior Court, and the United States District Court in both Maryland and the District of Columbia. Paul has also given oral arguments and prepared appellate briefs in the Maryland Court of Special Appeals.

In maintaining a practice where he represents both plaintiffs and defendants in civil litigation and trial matters, Paul has successfully defended a $3 million-dollar wrongful death claim, brought closure to a variety of property disputes and quiet title actions, and routinely handles commercial and residential lease disputes with positive results. Paul also represents insured lenders and homeowners on behalf of title insurance underwriters on issues such as enforcement of security instruments to prescriptive easements.

Additionally, Paul’s real estate practice is comprised of commercial and residential transactions to include development of covenants, bylaws and governance documents, contract preparation and review, and dispute resolution. Paul’s administrative law practice encompasses representation of clients before governmental agencies for zoning, land use and development matters, and related permitting processes, including his extensive experience representing clients before the Prince George’s County Liquor Board concerning licensing and related business matters.

Prior to Paul’s legal career he was a licensed stockbroker and financial consultant at Charles Schwab & Co. At Schwab, Paul managed the assets of more than 200 Schwab investors in compliance with the Securities Act of 1933 and Financial Industry Regulatory Authority rules.

During his collegiate years at the University of Maryland at College Park, Paul was awarded a Division I football scholarship where he co-captained the Terrapins his senior season. His mantra, “Perfect Practice makes Perfect! Practice, Practice, Practice!” provided impetus for Paul as he earned the scholarship. Paul’s leadership skills, preparation, and attention to detail, fueled by his enduring mantra, are the characteristics and focus he provides for valuable clients at the law offices of Shipley & Horne, P.A. 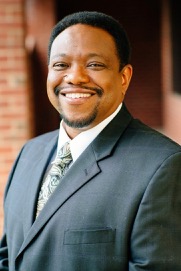 Bradley S. Farrar has been practicing law for more than 13 years and has been serving the diverse real estate law needs of Shipley & Horne’s clients since 2012. Mr. Farrar holds a Juris Doctorate from The National Law Center at The George Washington University, and is admitted to practice before all Courts in the State of Maryland, as well as before the United States District Court of Maryland. Additionally, he frequently represents clients in proceedings in the United States Bankruptcy Court of Maryland.

Mr. Farrar is a nationally recognized expert amongst his peers regarding affordable housing programs and economic and community development and has more than 15 years of government, legal, and business experience. Mr. Farrar previously served as Deputy Director of a quasi-governmental redevelopment agency, where he was responsible for the development and asset management of several mixed-use housing developments totaling over $150 million. He also served as Deputy Director of a municipal government’s Department of Housing and Community Development where he was responsible for Rental Assistance Programs, Low-Income Housing Programs, and Community Development Block Grant Programs. Additionally, he has provided advice to the United States Treasury Community Development Financial Institutions Fund regarding its New Markets Tax Credit Program (NMTC), Financial Assistance Program and Technical Assistance Program (FA/TA). Mr. Farrar has also served as a financial and investment advisor to state government agencies, municipalities and housing authorities in the northwestern United States. 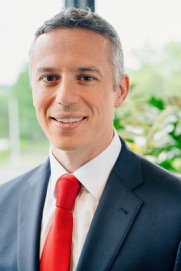 Robert J. Antonetti, Jr., is an experienced attorney effectively advancing the interests of developers, builders, businesses and individuals in Maryland. Mr. Antonetti graduated from the University of Maryland School of Law in 2001 and is admitted to practice law in the State of Maryland.

A few representative matters that Mr. Antonetti has been significantly involved with include: Beechtree, a 1,200 acre planned unit development in Upper Marlboro, Maryland; Melford, a 400+ acre mixed use employment/residential development in Bowie, Maryland; Doctors Community Hospital in Lanham, Maryland; and Marlboro Ridge, a 500+ acre residential development in Upper Marlboro, Maryland.  In addition, Mr. Antonetti has negotiated a complex amendment to an Annexation Agreement and Declaration of Covenants with a local municipal government and has obtained rezoning and subdivision approval for a future 300,000 sq. ft. commercial shopping center.  He has also drafted and obtained approval of numerous legislative text amendments to the Prince George’s County Zoning Ordinance including the addition of a definition for “Flex Space” and permitting said use by right in certain zones.

Recognized for excellence in his work, Mr. Antonetti was selected as a Maryland Rising Star in the area of Land Use & Zoning by Maryland Super Lawyers in 2009, 2010, and 2012.

Mr. Antonetti is a member of the Maryland Bar Association and the Prince George’s County Bar Association.   Mr. Antonetti also has served two consecutive terms as the Chairman of the Corporate Board of Directors for Bishop McNamara High School, Inc. in Forestville, Maryland.  He was appointed as a member of the Maryland General Assembly Compensation Commission (Governor Appointee) and is also a member of the Bowie State University Foundation.  Prior to joining Shipley & Horne, P.A., Mr. Antonetti served as law clerk to The Honorable James J. Lombardi, Circuit Court Judge for Prince George’s County, Maryland.

Dennis Whitley, III, a life-long resident of Prince George’s County, Maryland, graduated from Rutgers School of Law, Newark, New Jersey in 1996, and is admitted to practice before the State and Federal Courts in the District of Columbia and the State of Maryland.

Mr. Whitley focuses his practice in the area of general civil and appellate litigation, administrative law, land use and zoning. He represents clients in complex administrative and constitutional matters relating to zoning violations, administrative appeals, landlord and tenant, breach of contract and personal injury matters, appearing regularly before state trial and appellate courts and administrative tribunals. Mr. Whitley’s extensive litigation experience includes being the sole or lead attorney handling jury and bench trials in both District and Circuit Courts throughout the State. He has also successfully participated in dozens of appeals in the Maryland appellate courts, appearing before both the Court of Appeals and the Court of Special Appeals. 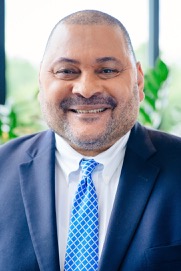 Mr. Horne represents and counsels clients in the areas of business, civil, corporate, estate, real estate, government and land use. He represents clients in the Federal Courts and State District and Circuit Courts in Maryland, and in the Superior Court in Washington, D.C., as well as before administrative and legislative boards in both jurisdictions. Clients range from small businesses to Fortune 500 companies, as well as nonprofit corporations and community individuals.

A zealous advocate for companies and individuals in the private sector, Mr. Horne also served as General Counsel to both the Prince George’s County Housing Authority and the Prince George’s County Revenue Authority, advising both agencies in dozens of multimillion dollar transactions. Additionally, he serves as the Court Auditor for the Circuit Court for Prince George’s County, Maryland. Mr. Horne served as a mediator for more than 10 years in the Superior Court for the District of Columbia and currently serves as a coordinator in the Alternative Dispute Resolution Program for the District Court of Maryland. He is Chairman of the Maryland Property Review Board; Counsel to Financial Service Corporation First and is also a member of the Leadership Greater Washington, Class of 1998.

Mr. Horne has received numerous honors and recognitions for his work and commitment to excellence. He was recognized by the Washington Business Journal in 2010 as one of the Top Minority Business Leaders in the Washington D.C. region, and was also recognized by the Maryland Daily Record as a 2010 Leadership in Law award recipient. Additionally, he currently serves as the Alter Ego for a United States District Court Judge and a Maryland State Circuit Court Judge.

Extremely dedicated to serving his community, Mr. Horne has given a great deal of civic, professional and community service to such organizations as the American Red Cross, YMCA, Bishop McNamara High School and various homeowners associations, to name a few. As a result of his community work, Mr. Horne has been honored on numerous occasions and has been named a Living Legend of Maryland Attorneys by the Associated Black Charities; a NAACP Image Award Winner for Legal Service; Prince Georgian of the Year; and a United Way Service Award Winner. 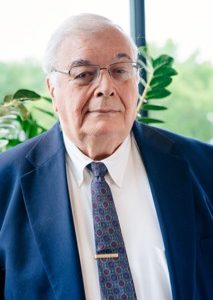 Mr. Shipley has vast legal experience in both the public and private sectors. A life-long resident of Prince George’s County, he served as Deputy County Attorney for Prince George’s County for more than 4 years. His areas of practice include: zoning, land use, subdivision, administrative law, municipal law, condemnation (eminent domain), tax assessment appeals, alcoholic beverage law and regulations, business and corporate law, civil litigation and appellate advocacy. Mr. Shipley has successfully argued well over 50 cases in the Maryland Court of Appeals and Court of Special Appeals, many of which have been landmark decisions. Over the years, he has been the sole or lead attorney in guiding major industrial, commercial and residential development to fruition, including Ammendale Business Campus, Metro East Office Park at New Carrollton, Landover Mall, Iverson Mall, and the comprehensive residential developments of Villages of Marlboro, Kettering, Lake Arbor and Calverton.

A highly regarded attorney, Mr. Shipley has received numerous prestigious recognitions for his work over the years. He has been named by the Washingtonian magazines as one of the top “100 Most Influential People” in the Washington D.C. metropolitan area. His legal successes have been well documented among the landmark recorded cases in Maryland, as well as in the Washington Post and other newspapers.

Recognized as a pre-eminent attorney and scholar in the field of land use law, Mr. Shipley is also the author of many articles and essays which have been published in real estate, land use, and legal publications, including The Maryland Law Review. He has also given numerous lectures and participated in seminars before legal and real estate organizations on subjects including land use, municipal law, taxation, assessment, real estate law, subdivision and condemnation. Recognized as the local “Dean” of land use lawyers, Mr. Shipley has mentored numerous other land use attorneys over the decades, many of whom now serve in key public or private positions throughout the State.

With a deep belief that giving back to the community in which he serves is an important component of the practice of law, Mr. Shipley has been active in numerous civic and community organizations for more than 40 years. He has given countless hours of his time and pro bono legal services to several civic and charitable organizations.